Wrapping up an RFX

Once you have completed the scoring and evaluation process, it's time to take the next step. In some RFX, that might mean adding an additional round. And we'll have specific documentation on that coming soon.) In most cases, however, you will want to notify prospective suppliers that your organization will not be giving them further consideration as it relates to the RFX while notifying other suppliers that they will be advancing to the next step of your process. That next step is going to vary based on your organization's processes and the context of the RFX. In many scenarios, the next step is a contract negotiation. In others, it's a face-to-face meeting.

When you're ready to take the next step, Vendorful will present you with the name of the bidding company, its score, and a couple of options:

Below, we've circled the options in red for clarity. 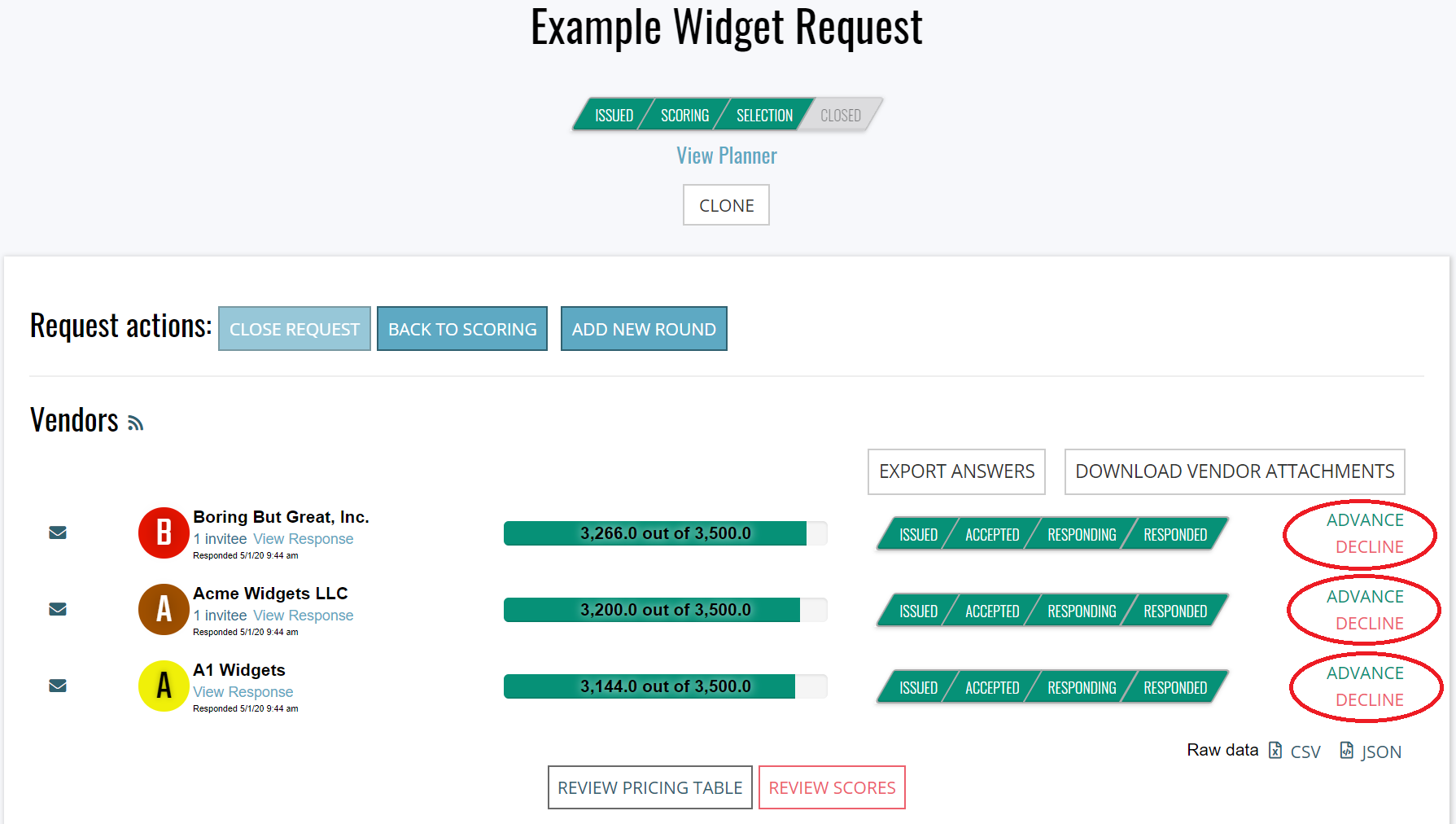 When you click either Advance or Decline, you will get a pop-up dialog box with some polite boilerplate text in it. The text is totally customizable and is the message that will ultimately be sent via email to the supplier. Bear in mind that the default text for "Advance" presumes that there will be another step before the bid is awarded. If you want to award the contract right away, it's a good idea to change the wording of the message to reflect that. Note: both the Advance and Decline options will result in emails being sent to the suppliers.
After you have finished advancing and declining suppliers as makes sense for you, you can grant the award by clicking on the "Award" link, which shows up next to all of the suppliers that were advanced. 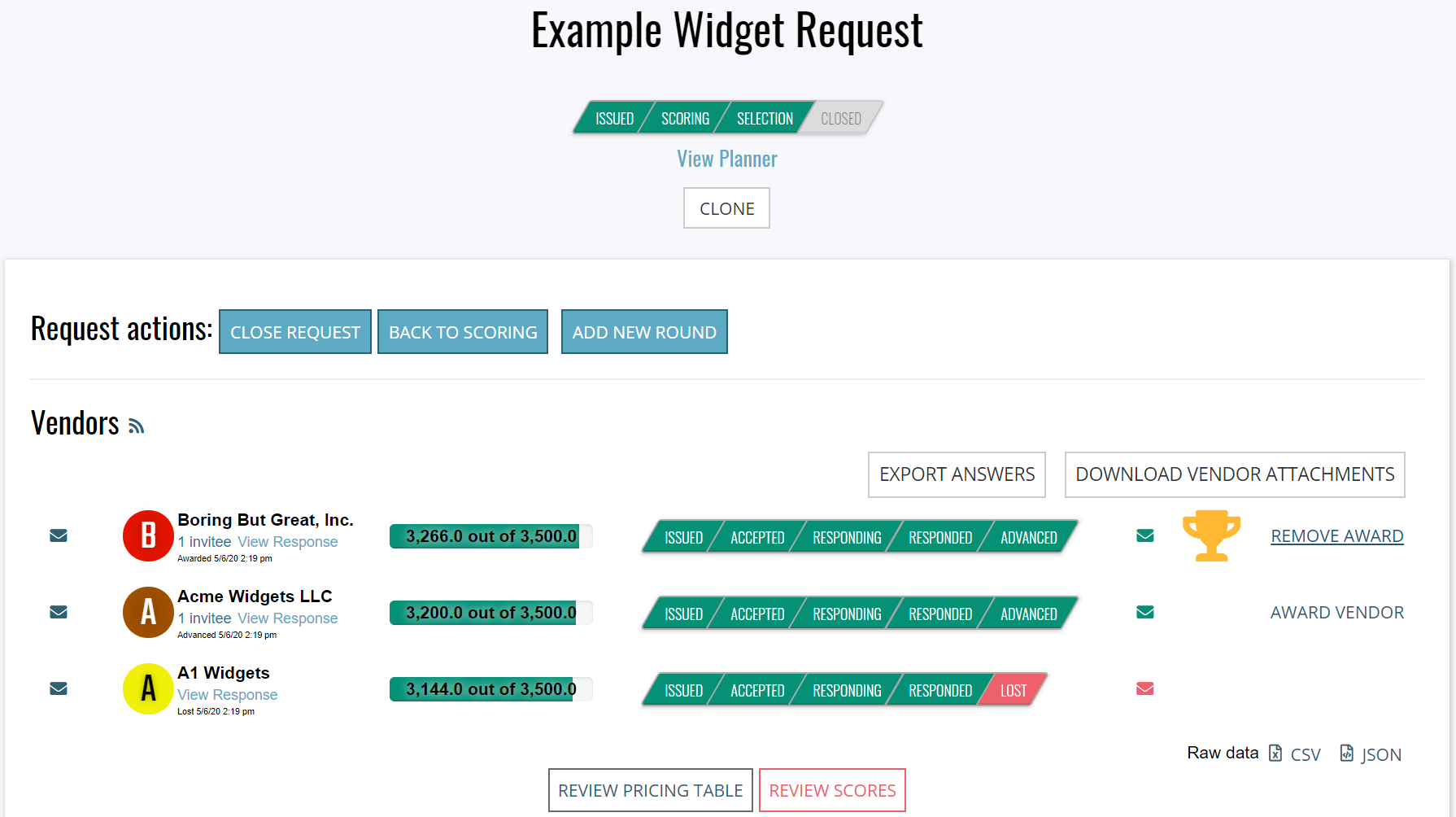 Note: Clicking "Award Vendor" and/or "Remove Award" do not send emails to suppliers. Our expectation is that the tail end of the award process will happen outside Vendorful's Request module. However, we do want you to be able to keep track of which supplier was awarded the bid and allow you to track when awards were split across multiple suppliers.

Closing and Archiving the Request

Now that you've finished your RFX, you can click the "Close Request" button near the top of the page. When you elect to close a Request, only two things can be edited: an executive summary and final spend. The former allows you to capture your thoughts in real time so you have some contextual reference if you revisit the Request in the future. Perhaps you awarded the bid to a vendor with a lower score. Documenting why that happened, while the event is fresh in your mind is helpful.
If you are tracking budgeted spend against actual, you can enter the final amount of the contract in this field. You are also welcome to leave this field — and the executive summary —blank if that's your preference.

Once a Request is closed, it's state will be changed to reflect that. At this point, you can export the data from the Request or archive it. When a Request is in a closed state, it will still appear on your dashboard. However, a Request that has been archived will only be visible on the "Outbound Requests" page rather than on your dashboard.

A narrated walkthrough of the above-discussed steps are available for you in the video below.